Graphene makes graph manipulation and social network data analysis convenient using a purpose-built interpreted programming language. The motivation for our language is the massive commonplace use of graphs and graph based data mining algorithms in today's software world. At the same time, we see a large bubble of social network and social network-like applications which manage a large backend of data which can usually be represented using a graph structure.

Most of today's languages do not provide out-of-the-box or easy to use features for graph initialization, operations and management. Graphene will provide this interface to be able to support generic graph algorithms as well as specific social network applications based computations on graph-like data structures.

./graphene test -t 1
Run only designated tests against the compiler, in the example, only Test #1.

./graphene test -i
Run all built-in tests, but in isolated mode. The effects of commands in one test do not persist when the next test starts.

./graphene -f samples/graph.ene
Interpret source from a file on disk. File path is from CWD.


The program above illustrates ease of use to handle large graphs. 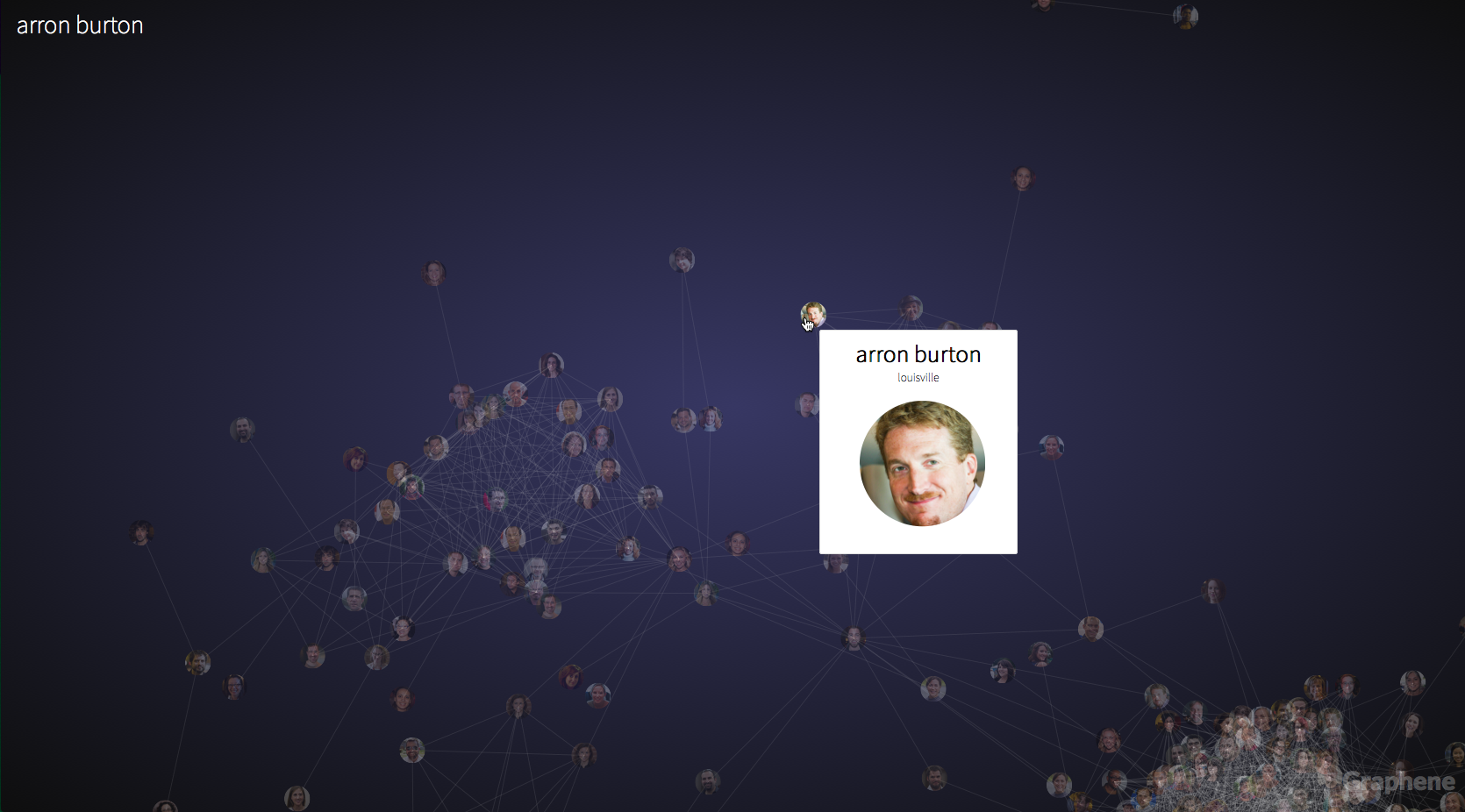 This starts the user off with a mesh graph (every node connected to every other node). Helps ease work with highly connected graphs, which can be formed by removing appropriate edges. 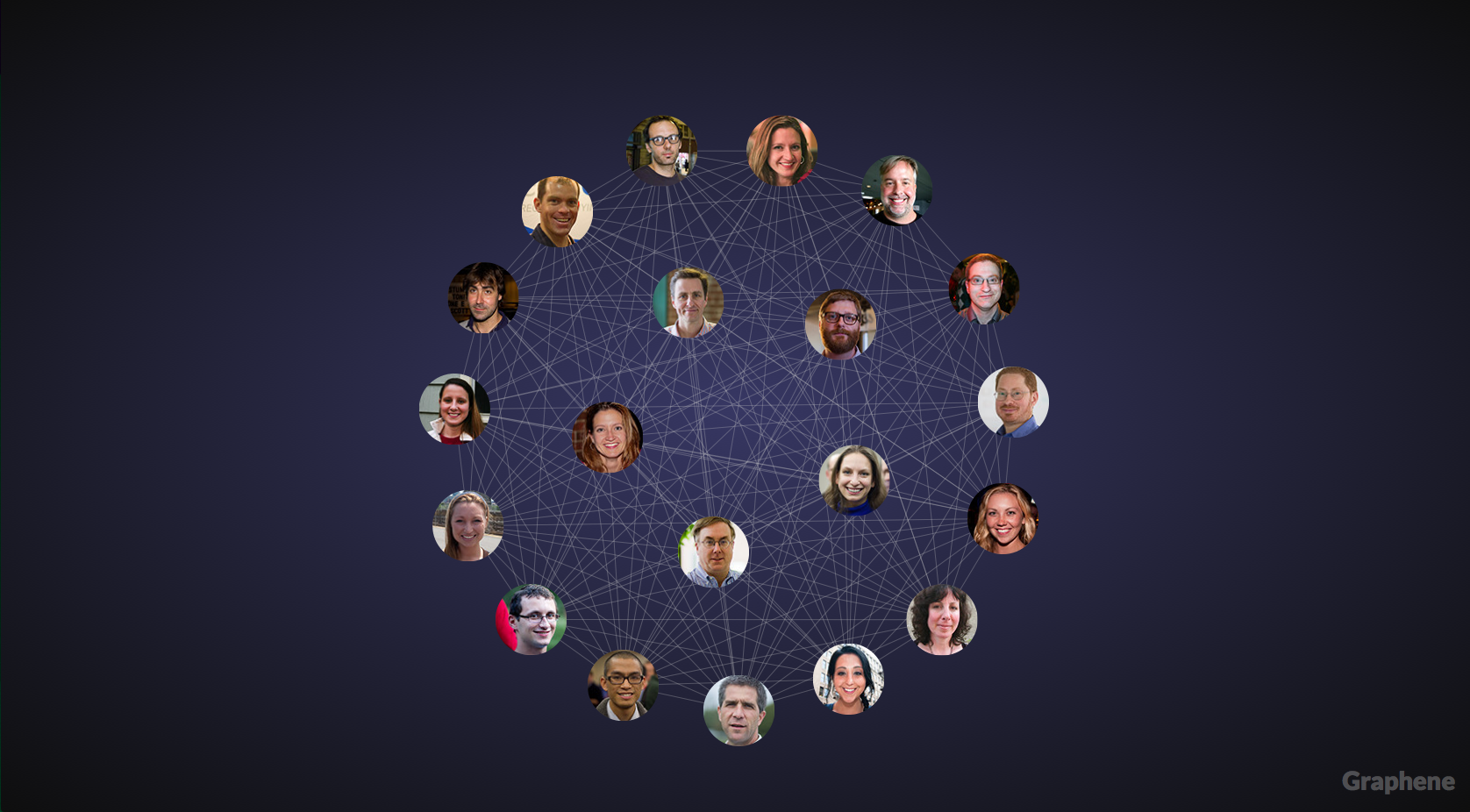 
GlobalReach.ene: To Run: This short, yet powerful program finds a (greedy) transitive closure of the graph that represents the small set of nodes that have Global Reach, calculated by 1 degree connectedness. 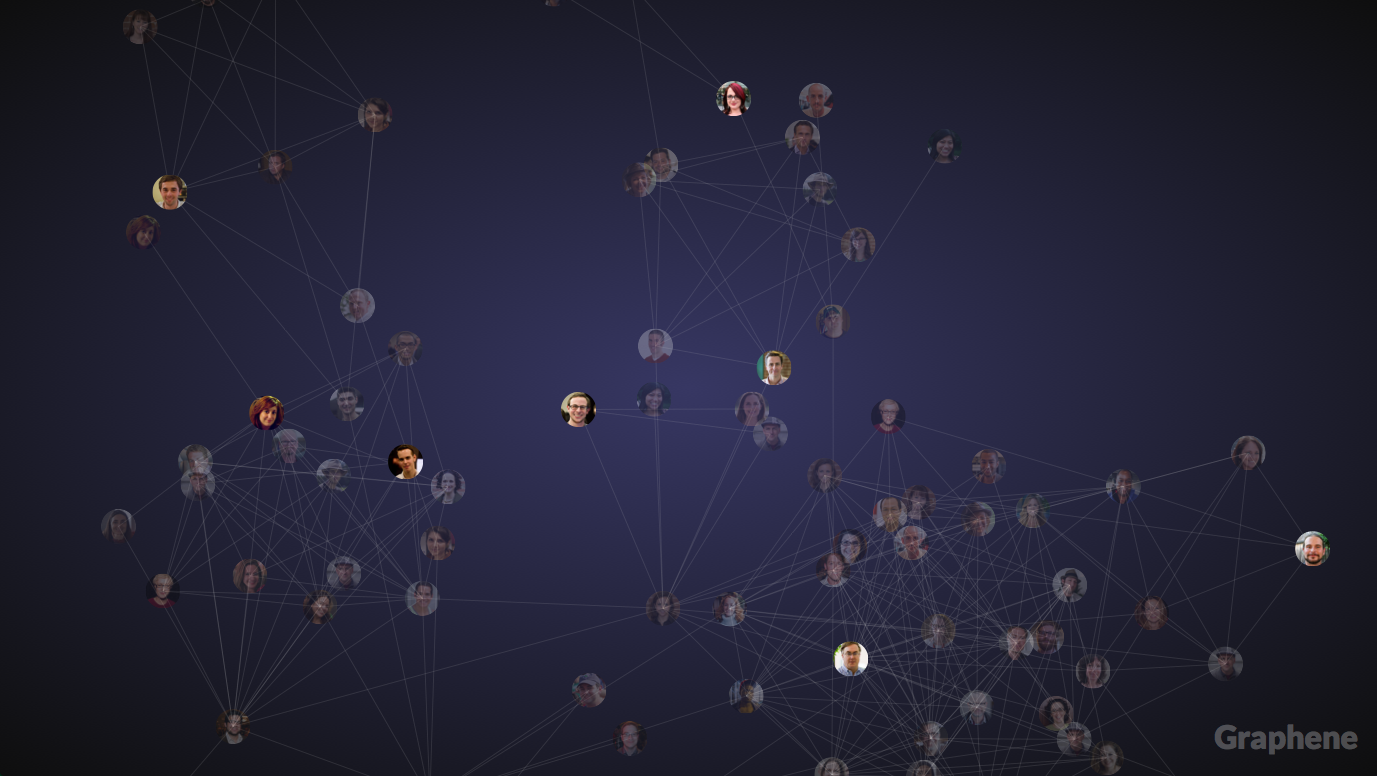 Cluster View of a graph's nodes. Members of the same cluster are shown with a silhouette circle symbolizing membership.


Cluster.ene: To Run: Yep, we have lambdas too! Given a graph with a set of nodes, and a user defined boolean lambda, clustering a graph is just a function call away! 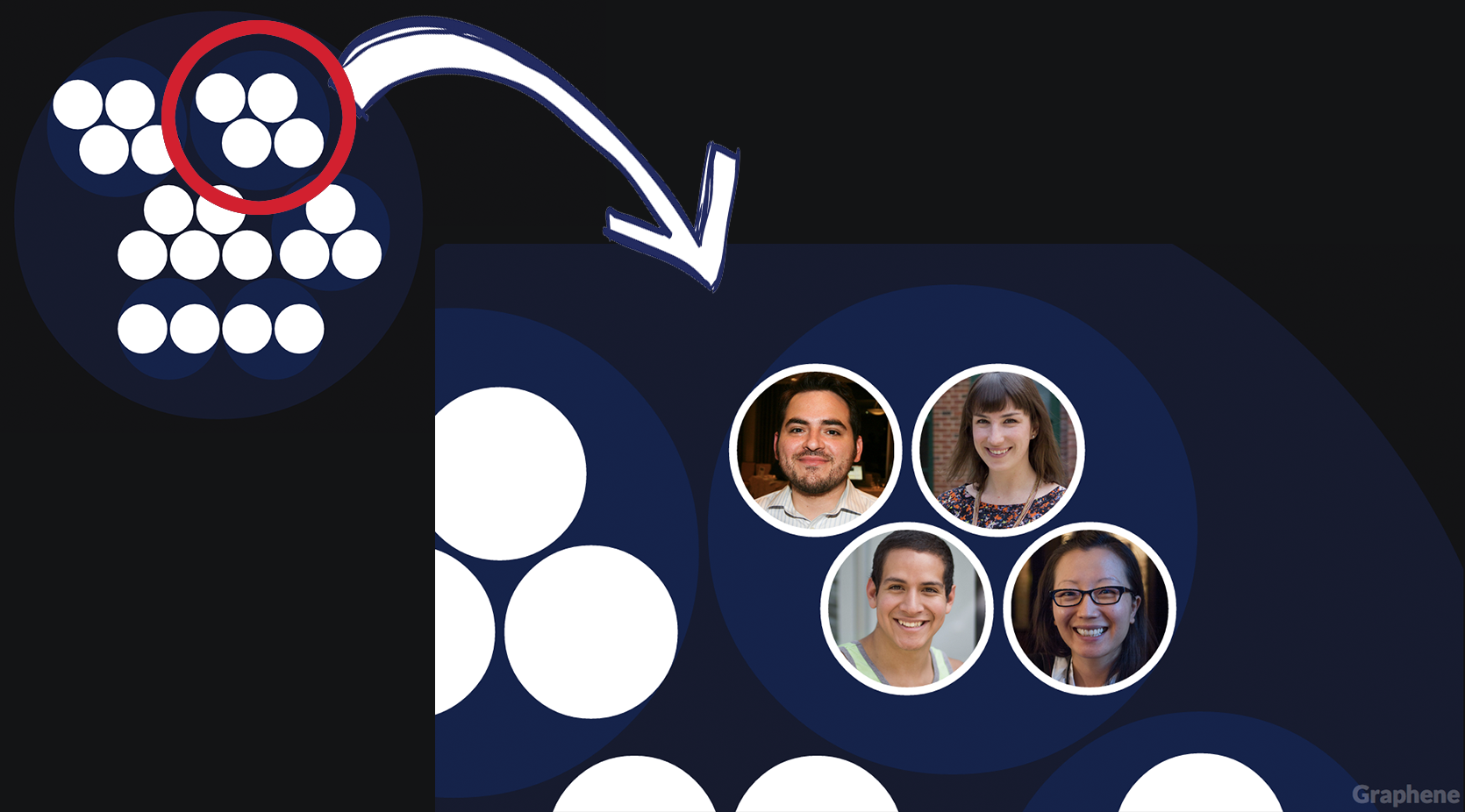 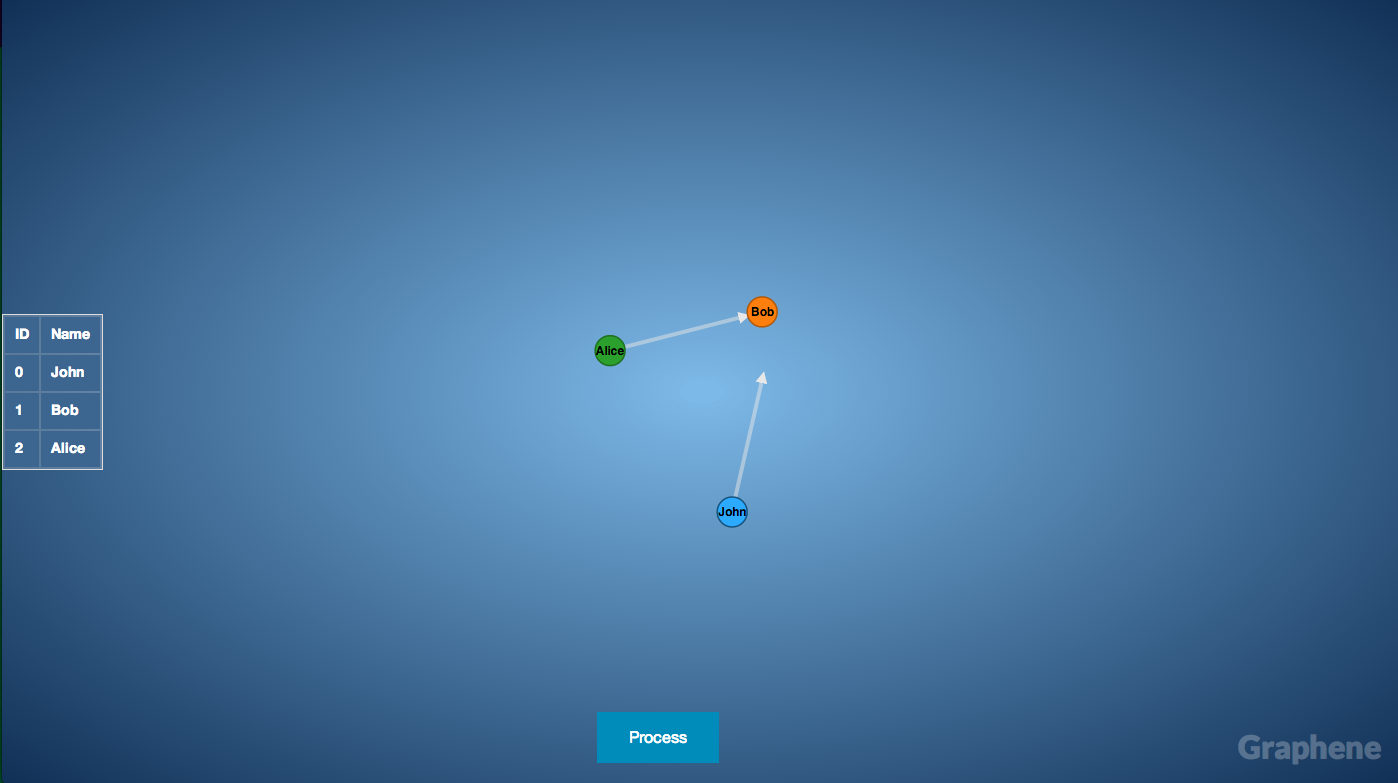 To get started, read this.

Made with ♡ in NY by Adith, Sarah, Sumiran, Pooja and Neha.